While drafting over the past week, I fell into the exact trap of “desperate content” I set out to advise against in this post.

It’s a precise example of how easy it is to slip into this habit that promotes writer’s block, even when you know better.

So, here’s what happened …

In September, Brian hosted a Copyblogger Pro session about how to impress tough editors with me and Sonia Simone. (Pro members get unlimited access to the recordings of live calls.)

She was referencing how an unfocused draft is the fastest way to rejection.

I wrote down the quote, so that I could share the timeless maxim in a blog post. But when I returned to the idea in November, I made it too complicated.

I started thinking about other writing tips I could include in the post and couldn’t quite pinpoint what I wanted to say.

Which led to me scribbling an outline of related advice regarding:

All of those ideas could (and will) be upcoming topics I write about, but they masked the message of the particular post I needed to write.

Write the path of least resistance to avoid desperate content

I felt desperate to say everything, so I ended up saying nothing.

Then I tried an analogy that didn’t work.

Next, it was time for a break.

And ultimately, I circled back to the original note I jotted down.

With that simple, single concept of “one post, one idea” now back in the forefront of my mind — and an ironic story about how I lost sight of the very lesson I wanted to convey — I was able to draft this post with ease.

If I crammed in a bunch of peripheral ideas, the writing process would have continued to feel like walking through honey and the article would have been more convoluted than helpful.

The desperate content would have served my over-ambitious vision as a writer more than it would serve readers.

That’s a recipe for a high bounce rate because too many topics in one post appears desperate, as if this one article is your only chance to express your thoughts.

Building an audience of people who will eventually become your clients and customers takes time. Your content marketing is an unfolding story, not an all-encompassing treatise.

Start with one digestible topic, and then move on to the next.

If you’re concerned about word count, it’s important to recognize that focusing on one topic actually has nothing to do with an article’s length.

You could write a short, confusing article. A short article could also be crystal-clear.

You could write a long, tedious article. A long article could also be thought-provoking.

How in-depth you get depends on what you need to communicate to make a solid point.

Take a look at these lengthy posts we recently published on Copyblogger:

The podcast topics post would have been “too much” if it also included how to record your audio or broadcast your show on multiple platforms.

The email subject lines post would have been “too much” if it also included how to build your email list or keep your subscribers engaged.

Instead, they both go deep, but stay on one subject.

If you have multiple ideas that require different types of research, avoid desperate content and try turning the related tutorials or lessons into a content series.

Need some help with that? 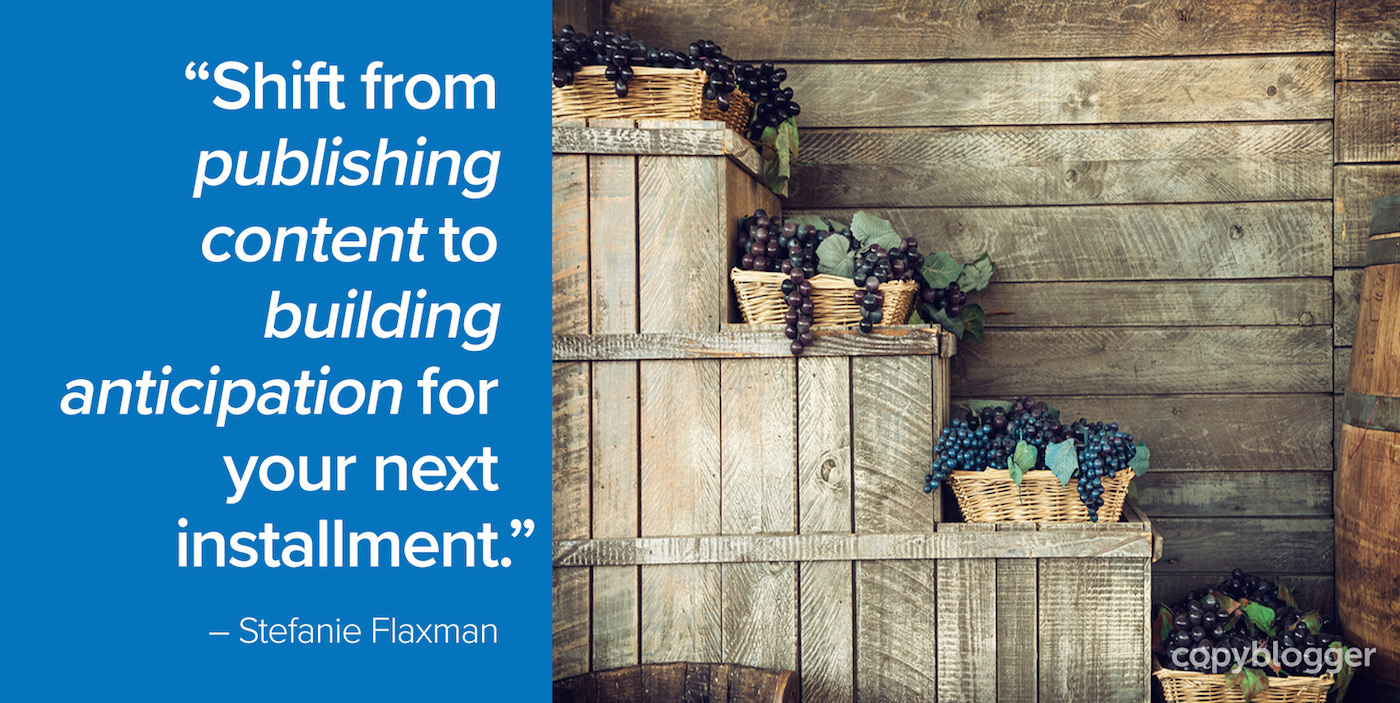 Read next: How to Turn One Content Idea into a Fascinating Four-Part Series.